This single book was divided by the Septuagint translators (“Third and Fourth Books of Kingdoms”). It completes the history of the period of the monarchies up to the defeat and exile at the hands of the Babylonians. It was written traditionally by Jeremiah but probably derives from records of the prophets used by a single Judahite author living in exile (which extended from c. 586 – 538). It covers the period 970 – 561. It presents a selective history of the kings in the light of God’s covenants, slighting important historical figures such as Omri and Jeroboam II, and instead emphasizing important deviations or adherence to the covenants (or important prophet interactions). Only Hezekiah and Josiah receive unqualified approval. David is used as the measure by which all others are compared. Many prophecies are shown to come true, and Elijah and Elisha are given greatest prominence. The author was trying to explain to his people in exile the reason for their condition of humiliation while offering hope for all of Israel.

Solomon is made king by the aging David (970), requesting that Joab be punished (who along with Shimei is later executed). His brother Adonijah, who tried to be king, is also executed after he asks for David’s concubine Abishag. God grants Solomon’s request in a dream: ” I will give you a wise and discerning heart, so that there will never have been anyone like you, nor will there ever be.” But this reward, and others promised, is contingent on his obeying God’s statutes as had David. Solomon decides to split in half the child contested by two prostitutes, revealing the true mother.

Solomon establishes a great empire, ruling from the Egyptian border to the Euphrates River, providing great wisdom and peace. The temple is begun in 966 and built in seven years. The ark is placed in the temple and it is consecrated and dedicated. His palace is also constructed, being completed c. 946. God appears to him again and warns him to “…walk before me with integrity and uprightness like David [or]…Israel will be cut off from the land I have given them….”

The Queen of Sheba visits from Arabia and is overwhelmed at the splendor of the riches Solomon has amassed and his great wisdom. Solomon takes many wives including foreigners. God is angered and tells him that he “…will tear [the land] out of the hand of your son.” He raises up adversaries against Solomon, culminating in Jeroboam I of Ephraim. In 930, Solomon dies and is succeeded by Rehoboam. He refuses to compromise with Jeroboam I and the Northern Kingdom (Israel) rebels against him and what becomes the southern kingdom (Judah).

A man of God sent from Judah to Jeroboam I prophecies against Israel and Jeroboam’s evil pagan ways. Jeroboam tries to motion to have him seized but his hand miraculously withers and the altar is split. The prophet, however, is killed by a lion on returning after himself disobeying the command of God. God through the prophet Ahijah foretells the disaster that will fall upon Jeroboam and his sons. His son Nadab succeeds him, followed by the evil Baasha, Elah, Zimri, Tibni, Omri, and Ahab. The capital of the northern kingdom shifts to the hill of Samaria purchased by Omri, who establishes a citadel-like city similar to Jerusalem.

Rehoboam also does evil and practices pagan rites. The temple is plundered in 926 by the Egyptians. The evil Abijah succeeds him, followed by Asa, who attempts several reforms, followed by Jehoshaphat.

Ahab (874-853) was the most evil king of all, promoting Baal worship, and marrying the Phoenician Jezebel. The prophet Elijah is sent by God from Gilead (in Northern Transjordan) to Ahab to oppose these pagan practices. He prophecies drought and famine to Ahab. The ravens miraculously feed him in the Kerith Ravine. When he visits a widow at Zarepath, her depleted stores of food and oil are miraculously replenished and he restores to life her recently deceased son. Obadiah, in charge of Ahab’s palace, conceals 100 prophets in caves to save their lives from Jezebel. Elijah summons Ahab and his Baal prophets on Mount Carmel and challenges them to show the power of Baal, which fails to materialize. But his own altar is miraculously set ablaze by God, after which he commands the slaughter of the prophets of Baal. Jezebel threatens Elijah’s life and he flees south. The Lord appears to him as wind, earthquake, and fire and directs him to anoint Elisha to succeed him as prophet.

Ahab defeats Ben-Hadad of Aram and sets him free, an act condemned by a prophet of the Lord. Jezebel arranges the murder of Naboth so that Ahab can have his vineyard. Elijah condemns Ahab’s act, saying “…dogs will lick up your blood…” Ahab enlists Jehoshaphat’s alliance in an attack on Ramoth Gilead but the Judahite prophet Micaiah correctly foretells disaster. In battle, Ahab is hit by an arrow and dies in his chariot. His son Azahiah follows (853) as another evil king [end of 1 Kings]. Elijah foretells Azahiah’s death and is saved from his men by fire falling from heaven. After Azahiah’s death, his brother Joram is made king. Elijah parts the waters of the Jordan with his cloak. While walking with Elisha, they are separated by a chariot of fire and he is taken up to heaven in a whirlwind.

Elisha also makes the waters of the Jordan divide. Elisha miraculously provides oil to a widow to save her sons from slavery. A Shunammite woman’s son dies and is restored to life by Elisha. He also feeds 100 men with only twenty loaves of bread. Namaan of Aram comes to Elisha because of his leprosy and is cured by washing in the Jordan as instructed. Elisha makes a lost axehead float. The king of Aram tries to have Elisha captured but when they attack, the Lord surrounds Elisha’s town with chariots of fire, blinding the Arameans. Samaria is besieged by Aram and the people resort to cannibalism. The Arameans hear sounds of a great army created by the Lord and flee. Hazael murders the king of Aram Ben-Hadad and becomes their king.
Jehoshaphat of Judah leads a righteous life and is succeeded by his son Jehoram. He allies with the northern king Joram to fight Moab. Ahaziah succeeds him briefly followed by his mother Athaliah, who tries to secure her throne by ordering the killing of the royal family. But she is put to death after seven years of reign and Ahaziah’s son Joash becomes king of Judah (835). He strips all sacred objects from the temple and palace in Jerusalem to pay tribute to the attacking king of Aram, Hazael. He is succeeded by Amaziah.

Elisha anoints Jehu to be northern king, succeeding Joram (841), and instructs him to destroy the house of Ahab. Jehu slays Joram and his nephew Ahaziah (king of Judah), who is visiting. Jezebel is thrown out from her window and dogs eat her body, fulfilling Elijah’s prophecy. Jehu also causes seventy descendants of Ahab to be beheaded in a campaign of terrorism that also leads to the killing of all prophets of Baal. He is succeeded by his son Jehoahaz, then his son Jehoash. Elisha dies and later, a dead man returns to life when his body contacts Elisha’s bones.

Amaziah of Judah is attacked by Jehoash of Israel, who breaks down the wall of Jerusalem and plunders what remains, taking hostages to Samaria. Amaziah is killed and succeeded by Azariah (Uzziah), then his son Jotham, then his son Ahaz (735). Jehoash is succeeded by Jeroboam II followed by his son Zechariah. Shallum follows, then Menahem. Pul king of Assyria invades the land and is given tribute by Menahem. His son Pekahiah succeeds him, followed by his assassin Pekah. The king of Assyria, Tiglath-Plieser invades and deports many to Assyria (King Ahaz of Judah had appealed to him for help and paid tribute to him). Hoshea kills Pekah and becomes king (732). He is attacked by the Assyrian king Shalmaneser, who captures Samaria and deports the Israelites to Assyria (722), causing the downfall of the northern kingdom (Israel). The king of Assyria (primarily Sargon II) resettles the captured land (now collectively called Samaria) with Babylonians and other foreign peoples. Priests from the exiled Israelis are sent to the new “Samaritans” to teach these hybrid peoples the ways of the old religion–but the religious practices they adopt do not conform to the Mosaic law.

Ahaz of Judah is succeeded by Hezekiah (715), who lives righteously and rebels against the king of Assyria. But he is attacked by Sennacherib of Assyria and forced to pay tribute. When he resists the Assyrian attack on Jerusalem, Isaiah prophecies Sennacherib’s defeat. That night, the angel of the Lord strikes down 185,000 of Sennacherib’s men (plague?) and the Assyrians withdraw. Hezekiah falls ill the Lord puts off his death in response to his appeal because of his faithful service. He receives envoys from Babylon and shows them his remaining treasures, which Isaiah foretells will be taken away by the Babylonians.

Manasseh succeeds his father Hezekiah (697) and reverts to evil practices and idolatry. His prophets foretell disaster. His son Amon follows and after his assassination, his son Josiah (640). Josiah rediscovers the Books of the Law and the Covenant and renews the covenant with the Lord. He reinstates the celebration of Passover, destroys pagan temples, and abolishes pagan priests. He is killed in battle by forces of the pharaoh Neco and is succeeded by his son Jehoahaz, who rules for only three months and is then sent to imprisonment by Neco in Egypt. His brother Jehoiakim (Eliakim) succeeds him and initially pays tribute to Neco but later becomes vassal to the Babylonian king Nebuchadnezzar [probably after the latter defeats Neco in the pivotal battle of Carchemish (605)]. His son Jehoiachin (Jeconiah) succeeds him (598). In three months, Nebuchadnezzar lays siege to Jerusalem and in 597 takes the city, plunders its treasures, and captures the king. 18,000 Israelites are sent into exile to Babylon. Zedekiah (Mattaniah), another son of Josiah, is made king by Nebuchadnezzar. But after nine years of reign, he also rebels (possibly to renew alliance with Egypt) and again Nebuchadnezzar attacks. After two years of siege, Jerusalem falls and is virtually destroyed (586). Zedekiah’s sons are killed, he is blinded, and he and the people still remaining are taken into exile.

In 561, Jehoiachin is released from Babylonian imprisonment and treated with hospitality by the new Babylonian king, Evil-Merodach. This final event in Kings offers hope for the exiles and the line of David. 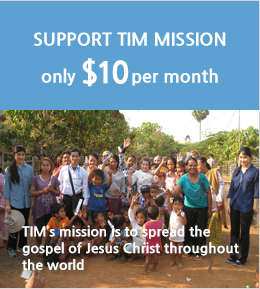